Hi, my name is Nathan! I’m a recent graduate of the University of St. Andrews in Fife, Scotland. I like most all music and I love sitting down for a long, slow-burning film. I’m a big soccer fan and a long time Tottenham supporter. I think friendship is the most undervalued commodity in our society so I try to make new friends whenever I have the opportunity.

Get To Know Nathan:

What is the dumbest way you have ever been injured?
I once jumped on a flattened cardboard box to surf down a grassy hill and the box caught on a divot and gave me some really awful turf burn.
What is something people would never guess about you?
If they’re just meeting me for the first time, it’s probably that I am genuinely an American due to how much my accent changed due to my time in Scotland. Honestly though it’s probably that I unironically listen to cheesy ’80s music.
Is a Hot Dog A Sandwich and why?
I guess so. I mean good hot dogs are filled to the brim with toppings and what not so they end up more like an open-faced sandwich which I guess is technically still a sandwich.
If you could breed 2 animals together to defy the laws of nature, what new animal would create?
I would mate a seal with a dog to see if the offspring is as cute as I imagine it in my head but it would probably just be an abomination.
Unlimited beer or tacos for life?
Unlimited beer for sure. It would probably help cut down on the ol’ bar tab haha!
Would you rather have skin that changes with your emotions or tattoos appear all over your body depicting what you did yesterday?
Mood ring skin. Emotions can be an incredibly complicated thing to convey so if your skin could do that for you, it might help more in the long run.
What is something people are obsessed with but you don’t get and why?
Talent shows like America’s Got Talent and The Masked Singer. I’ve mentioned them on my show before and occasionally will watch them but I think they’re really stale nowadays.
Would you rather run naked through the streets or have your mother lecture you non stop for a week?
I’m taking the naked lap on that one. My mom can give some really soul-crushing lectures.
Would you rather be plain looking and funny, or super hot and boring?
For sure the first! I’ve met both kinds of people and the ones that are more fulfilled are the first type of person.
What is your favorite old school jam? 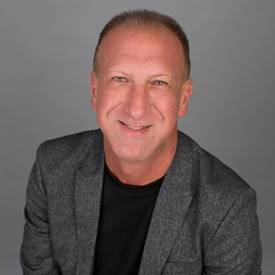 Bob Zak E-mail Me: bobzak@playfmonline.com| Hometown: Chicago, Illinois Bob was drawn to radio by his love of music and entertaining people. He has worked on the air at more than a dozen radio stations around the country over the years for a wide range of music formats. He has also interviewed hundreds of musicians, celebrities […]